Based on her steady stream of sensational tunes over the last few months, eighteen year-old Annah Marcelle seems headed for a bright future in the music industry.

Close-up Culture’s James Prestridge sat down with the Virginia-based artist to chat about her musical inspiration, her upcoming single Street of Lies, and much more.

Hi Annah, welcome to Close-up Culture. First off, can you tell us about your background and what first got you into music?

Thank you so much for having me!  I grew up in central Virginia and I’m currently a senior in high school.  I’ve been singing and dancing my whole life and I started writing my own songs when I was 13.  I met a girl in 8th grade who wrote her own music and I really liked how people perceived her.  Everyone was so in awe of her.  It made me want to test my own ability to write songs.  I wanted people to perceive me in the same way.

Who are some of your musical influences?

Taylor Swift is probably my main influence because she writes all of her songs herself.  I’m inspired by anyone who does that, especially when they also write their own lyrics.

I like all styles of music, really.  For me, it’s more about the artist than the genre.

How would you describe the music that you typically create?

I consider the genre to be more singer/songwriter than pop. But producers who have listened to my songs and are familiar with a lot of other styles usually consider it pop. Let’s call it “singer/songwriter pop”.

Every song starts out a different way.  Sometimes I’ll go on Pinterest and see a quote that will spark an idea or I will just hear someone say something during the day that sparks an idea for a song or even just a song title.  And then sometimes, I’ll just start writing and the song writes itself and I don’t even know what it’s going to be about until I’ve finished the first verse and start on the chorus.  Sometimes the lyrics are based on my own real life experience and other times they’re based on experiences I’ve watched other people go through and I just put it in my own perspective.

How many songs have you written?

Probably close to 200 songs so far.

Oh wow!  How long does it take you to write a song?

I heard Georgia Webster say this once and I totally get it.  If I start writing a song and don’t have it finished in 20 minutes, or at least know where it is headed in 20 minutes, then I know it’s probably not going to ever be finished.

Interesting. Are you a Georgia Webster fan?  Is she one of your influences?

I mean I do like her music, but I wouldn’t say I’m a die hard fan.  I’m inspired by what she does.  She created something from her own mind and people listened to it and it went viral.  That’s impressive.

This is a tough question because I don’t really expect to collaborate with anyone famous.  Let’s go with Colbie Caillat.

What is one message you would give to your fans?

Lyrics can be vague and there’s only so much information about a situation that you can convey in the delivery of a song.  But there is usually so much more detail behind the story I’m trying to tell.  So use your imagination to fill in the gaps and allow the song to take you to a place in your mind that is positive and comforting.

What is the most useless talent you have?

I can do the clover thing with my tongue!  Does that count?

What songs do you like to sing when no one is listening?

There are so many!  I’d say betty by Taylor Swift, Cherry by Harry Styles, enough for you by Olivia Rodrigo.  Oh, and I Bet You Think About Me by Taylor Swift.  Gotta include that one!

When singing cover songs, what genre do you think you sing the best?

I’d say sadder and slower songs.  I also love to sing country songs.  Miranda Lambert’s Kerosene, for example.  And I grew up singing anything from Disney movies! 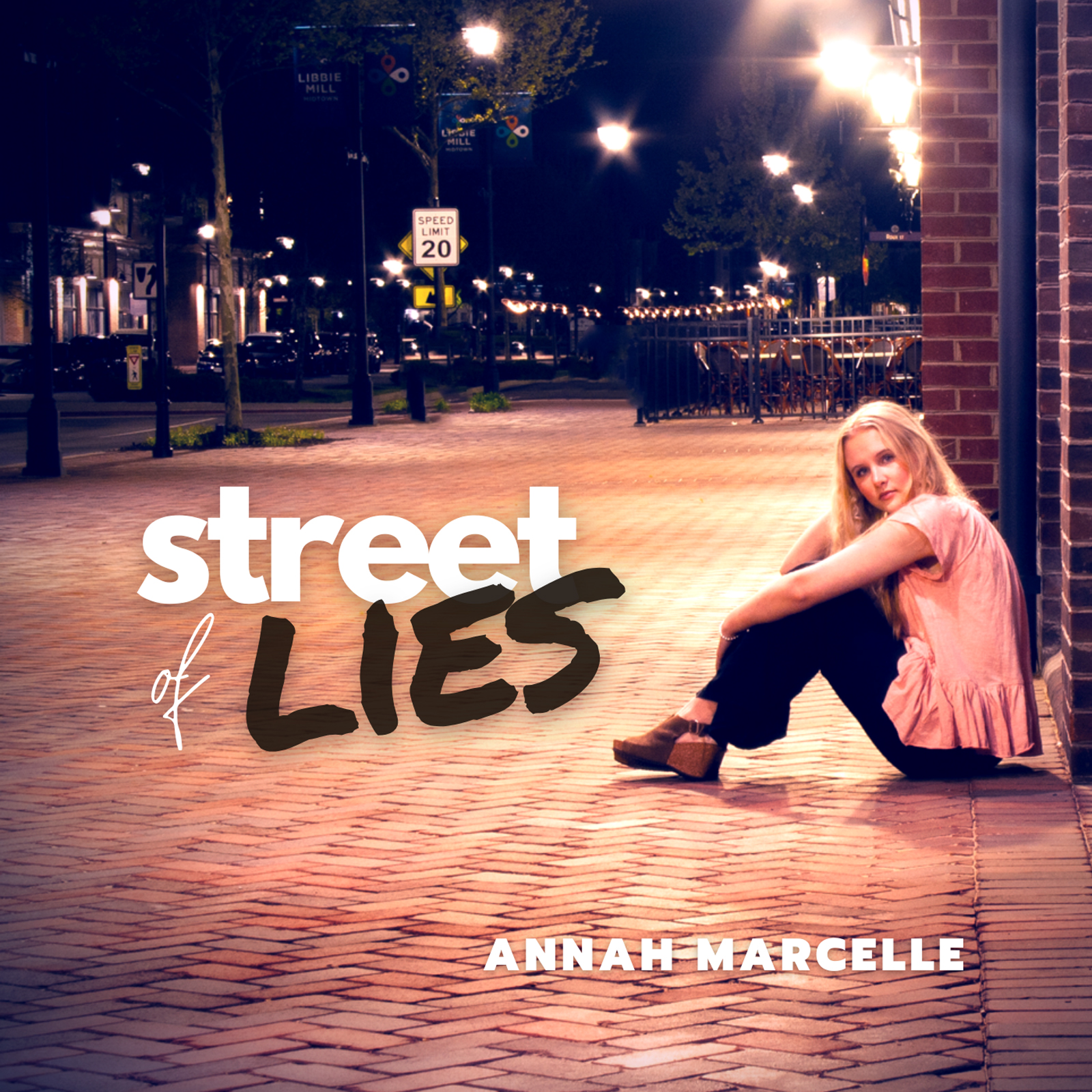 Your latest single “Street of Lies” is due out on May 26th.  What inspired you to write that one?  What’s it about?

Street of Lies is based on a real life experience.  It’s about making the mistake of trusting someone and then being deserted by them and wondering how in the world you didn’t see it coming.  They led you to this place and just left you there by yourself with no answers and no one to turn to.

Have you started doing live performances?  Where have you performed?

I haven’t done any solo live performances yet.  I’m comfortable singing in front of live audiences, but it’s usually part of a large group like my high school chorus class when we perform at concerts.  I also like to put on little “concerts” at home for my mom and dad just to let them hear my latest songs.  And I’m doing Show Choir next year at Randolph-Macon College, so I’m hoping to gain a lot of experience from that.

You mentioned you do chorus in school.  Have you ever performed one of your songs for your class?

Yes, actually we have something coming up that I’m super excited about!  My choral director Ms. Matthews is a big fan of my music and she’s so supportive.  For over a year, she’s been asking me to write a song for my chorus class to perform in concert.  So back in September, I wrote a song called The Storm and I sent it to her and we got together and figured out all the harmonies and stuff.  This is the first song I wrote for a group to perform.  We’ve been practicing it every day in class for the past few weeks and we’ll be performing it during our Spring concert on May 26th.  I consider it such an honor.

What is your favorite Annah Marcelle song to perform?

Probably One More Song.  I haven’t had the chance to record it yet, but it’s definitely one of my favorites!  We’ll hopefully get it out this Fall.

So you’ve been recording and releasing music for over a year now.  When do you think you will start doing live performances?

I would definitely love to do it when the time is right or if a good opportunity presents itself.  I’ve just been so focused on the fun part of songwriting that I haven’t given much thought to performing live.  I don’t see myself singing in a sandwich shop with one person listening [laughing].  I’d like to start with something like a talent show where people are actually there to watch and listen.

What is the best advice you’ve been given?

Probably my favorite Bible verse, which is Matthew 6:34.  It says “Do not worry about tomorrow, for tomorrow will worry about itself.  Each day has enough trouble of its own.”

What’s next for Annah Marcelle?

Well, we have Street of Lies coming out on all streaming platforms on May 26th which is the same day as The Storm choral debut.  So two very different songs will be heard for the first time on the same day.  And after that, probably in late June, we’ll release a new song called Love a Liar.  This one is going to be special.  I’m partnering with Nashville music producer Kara Greskovic and it’s sounding amazing.  It sounds so much different from all my previous songs.

[Laughing] They don’t correlate, but I wish they did!

Well, Annah, thank you for talking to us today and letting us get to know you a little bit.